Lombardia 2022 will be remembered because, like no other race, it witnessed a true sport handover, the end of one era and the beginning of a new one for world cycling. On the one hand, yet another triumph for Tadej Pogačar, who adds one more trophy to his already formidable career. The Slovenian makes it a double at the Lombardia and brings his successes in Monumental Classics to three. On the other, the farewell to arms of the die-hard Vincenzo Nibali and Alejandro Valverde, the Shark and the Imbatido.

Let’s begin with the latter, and that moment no one hoped to experience but which, eventually, just had to arrive. As chance would have it, it arrived on the same day, so as to make the blow for cycling fans even more powerful. It must be said however that, combined, they have almost 200 victories in the professional ranks, they have won practically everything, and until the very end they were competitive at the highest level: Nibali finished 4th in the Giro d’Italia at the age of 37, let’s not forget that, and Valverde was considered among today’s outsiders and finished 6th. From the start in Bergamo to the finish in Como the spotlight was for them, ‘Thank you’ and ‘We will miss you’ could be heard and read at every step of the way. Don Alejandro took his wife and children with him, climbed onto the podium to enjoy his last applause as a professional racer, soaking up the autumn version of always stunning Como. Nibali publicly thanked all those who had made him feel their affection in these last few months. 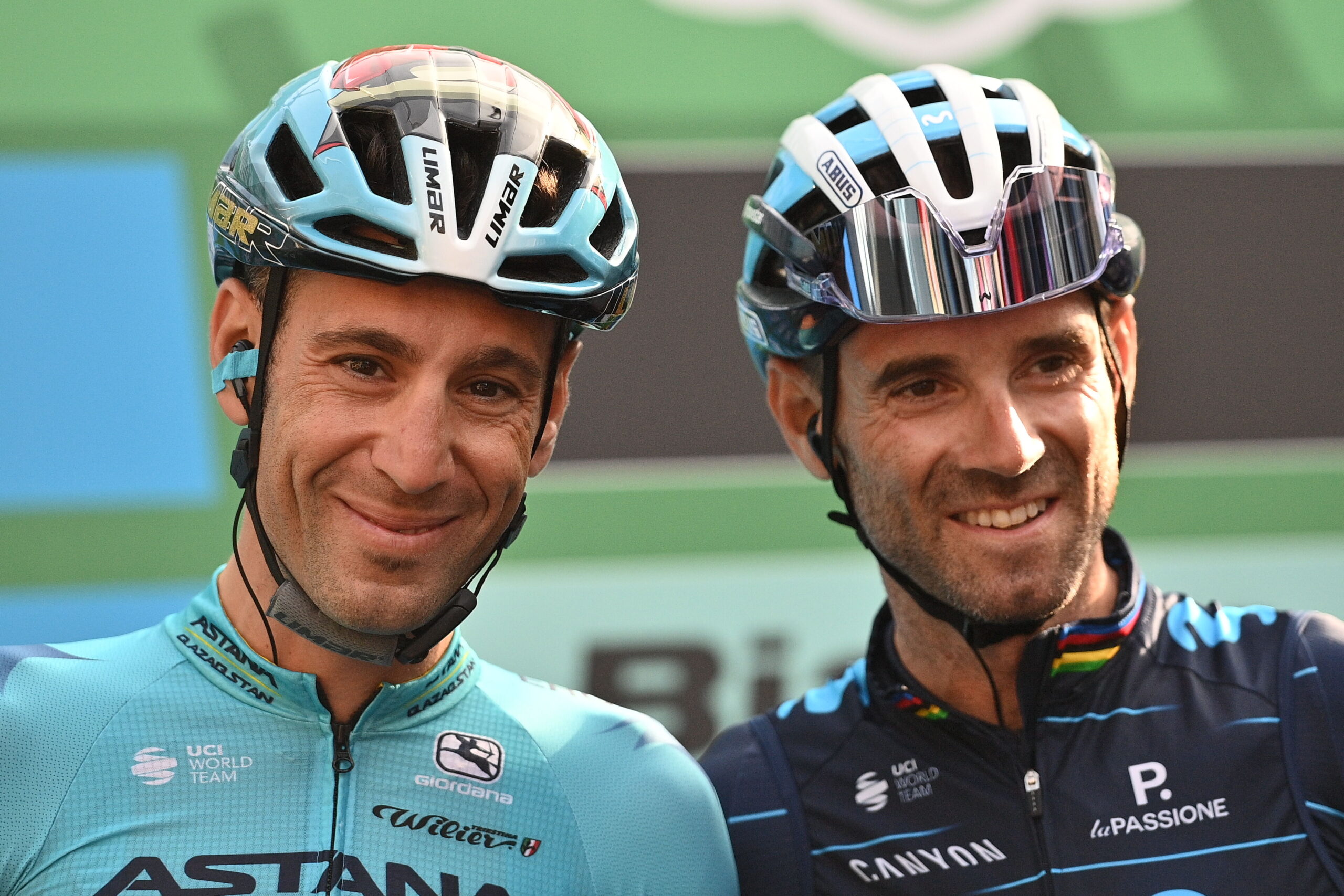 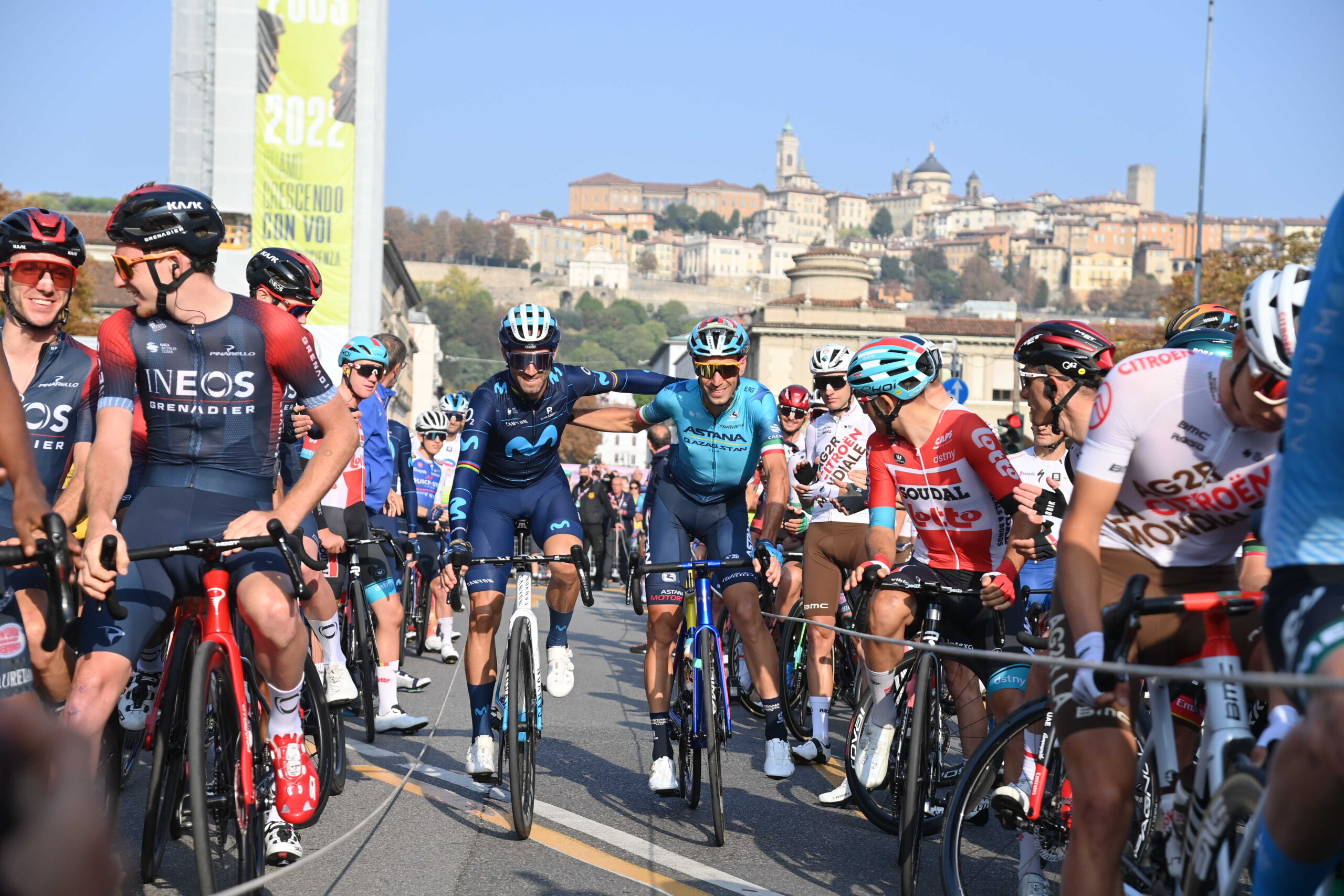 As they say, ‘once a door closes, a gateway opens’. And it fits perfectly in this case, because the “door” has the name of Tadej Pogačar written all over it. The Slovenian has once again demonstrated his feeling for the Classica delle Foglie Morte, the Dead Leaves Classic. He started with No. 1 on his back, everyone was keeping their eyes on him and there was no shortage of opponents. Facing him were the bogeymen of his 2022, Jonas Vingegaard and Enric Mas, pretty much the only ones who had managed to beat him this year. The Dane did so at the Tour de France, at the end of an epic duel, while the Spaniard claimed the Giro dell’Emilia last week, taking Pogi off his wheel on the San Luca climb.

Thus, Tadej did not want to leave anything to chance, he ordered the team to keep the race closed and not to let anyone get away, and this was the case practically all the way to Civiglio. In the last 20 km the group of favourites was still about 30 strong: Davide Formolo opened the throttle, shattered it and set the table for his Slovenian team-mate. By that time Vingegaard had already been dropped, due to a bad positioning in the bunch but also to a condition not comparable to that of his rival. Tadej attacked as per script and, as per script, the only one able to hold his wheel was Mas.

Not too much to worry about though, the UAE captain knew to be stronger in the sprint and did not give his heart and soul to break away from the Spaniard before the finish line: Mas, for his part, tried once, twice, three times, but Tadej was not the one from the Giro dell’Emilia and did not give him a metre. Even San Fermo della Battaglia did not separate them, so on the Como lakeside it came down to a two-man sprint. While Pogačar won, Valverde and Nibali ended their careers and closed an era. 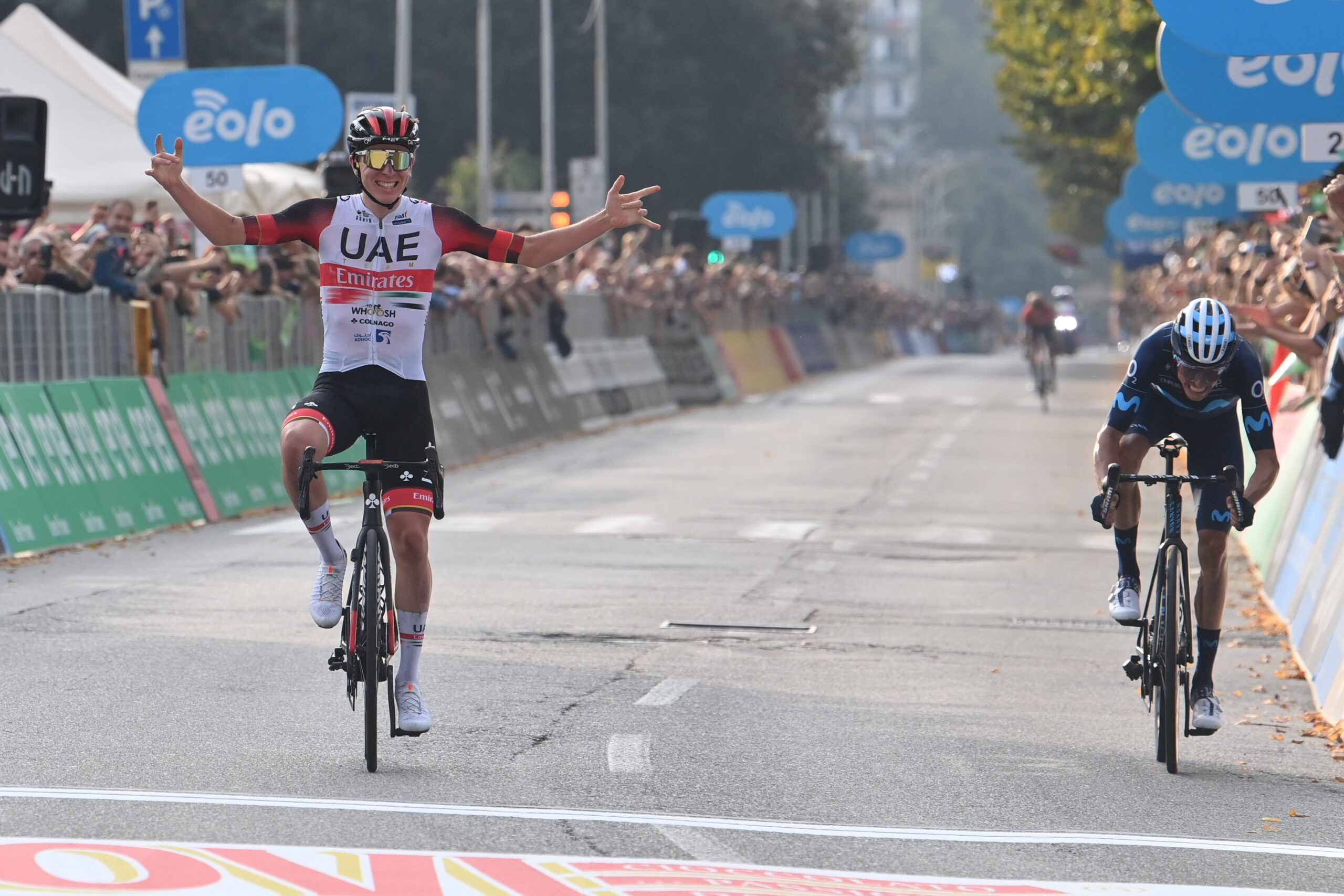