Lombardia 2017 route has been announced 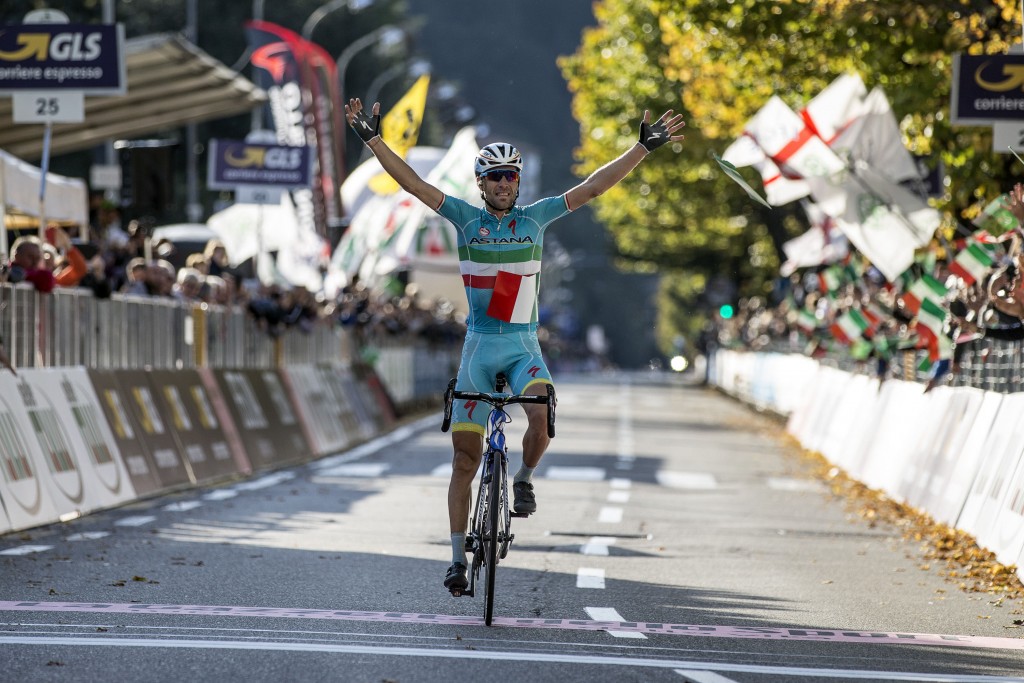 Saturday 7 October, Il Lombardia, raced from Bergamo to Como, with 4,000 meters of vertical elevation, will be the last Classic Monument race of the season.

The following day, the Gran Fondo will start and finish in Como, running mostly on the same route as the pro race with the climbs of Ghisallo, Muro and Colma di Sormano, Civiglio and San Fermo della Battaglia.

Get ready for a weekend of great cycling across 7 and 8 October on the roads of the Lombardy region. On Saturday 7 October the 111th edition of Il Lombardia will start from Bergamo and arrive in Como after 247km. The “Classic of the Dead Leaves”, the last Classic Monument race of the season, will run on the same route as the 2015 edition, when Vincenzo Nibali rode to a solo victory.

A very selective route with six climbs and 4,000 meters of vertical elevation. The first climb, Colle Gallo, is followed by Colle Brianza; and after the town of Onno the riders climb the Madonna del Ghisallo, followed by the Muro di Sormano. After passing the Colma di Sormano the race descends to Nesso and onto the last two climbs: Civiglio and San Fermo della Battaglia, before reaching the finish line on Lungo Lario Trento e Trieste in Como.

On Sunday 8 October, amateurs will have the opportunity to ride on the same roads (starting and arriving in Como) faced by pro riders on the previous day. From Onno until the finish – the last 81km – the route will be identical to that of Il Lombardia with the Ghisallo, Muro and Colma di Sormano, Civiglio and San Fermo della Battaglia climbs before the finish line.