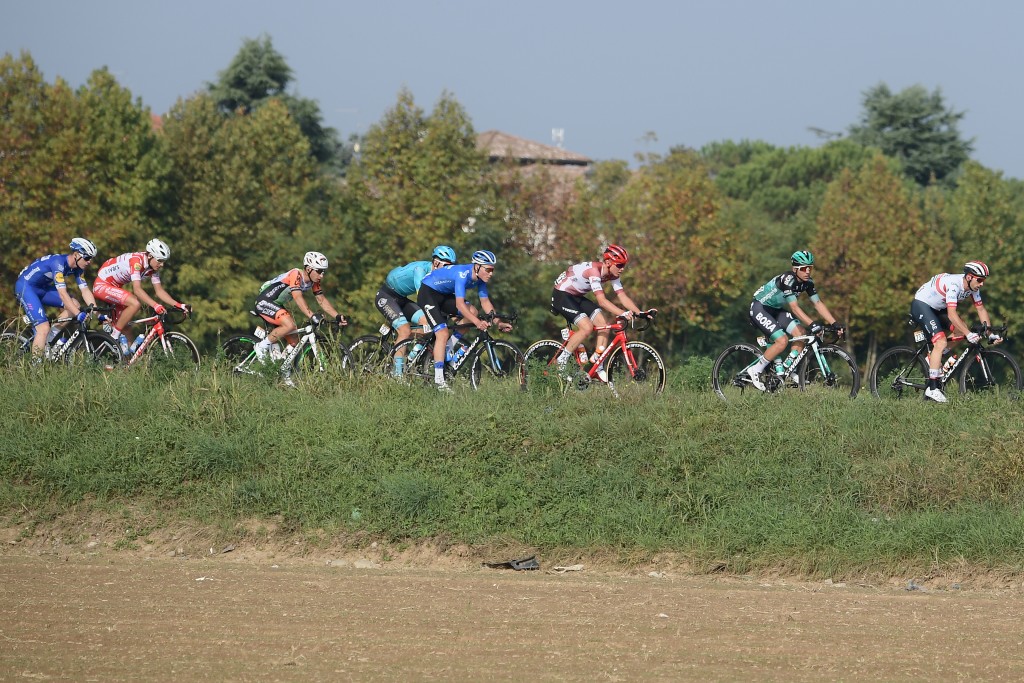 The 113th Il Lombardia NamedSport, the famous ‘Race of the Falling Leaves’ organised by RCS Sport/La Gazzetta dello Sport, which is the fifth and final of the season’s great one-day monuments. ll Lombardia NamedSport, won twice by Felice Gimondi in 1966 and in 1973, pays tribute to the great champion of Sedrina.

The beautiful, challenging 243km route, featuring 4,000m of total elevation, culminates with a final section that places a series of steep climbs – including Muro di Sormano, Ghisallo, Civiglio and San Fermo della Battaglia – between the riders and final victory.

After departing Bergamo in a southerly direction, the route crosses the Bergamo plain in its first 40km to go up the Cavallina valley to Casazza where the Colle Gallo – the first ascent of the race – is tackled. Colle is followed by a fast descent returning from the Seriana valley to Bergamo, then the route re-enters lowland roads that lead to Brianza. There’s a short passage to Colle Brianza and a descent to Pescate heading towards Valmadrera and then towards Oggiono and, finally, through Pusiano, Asso and down the descent to Onno and on to Bellagio. This is where the Ghisallo ascent – with gradients of up to 14% on wide roads with different hairpin bends – begins.

The following very fast descent is on long straights and ends at Maglio where, immediately after a right turn, the climb of the Colma di Sormano begins. After a few km of medium slopes, and a few hundred meters after Sormano, the route heads up the Muro di Sormano on a narrow, very steep road, (2km long, with a gradient up to 15%). It’s partly inside a small wood, with very narrow bends and slopes that, for around 1km of distance, exceed 25% up to almost 30%.

Once past the Colma, the route follows the descent to Nesso, where the riders then take the coastal road to reach Como. Next they face the hard climb to Civiglio (614m) with slopes almost always around 10% – and with a marked narrowing of the roadway at the top of the climb – before going back down and through Como to hit the last climb of San Fermo della Battaglia (397m). There are two Feed Zones: the first in San Sosimo (km 112-5) and the second in Onno (km 182-5).

Last 10km start inside the area of Como on wide avenues, up to the railway underpass where the final ascent of San Fermo della Battaglia begins. The slope is around 7% (max 10%). The route passes several hairpin bends up to the brow at around 5km from the finish. The descent, on a wide, well-paved road ends at the last kilometre.

Also known as the “City of the Thousand”, after the many volunteer soldiers who fought under Garibaldi for the unification of Italy in the mid 19th century, Bergamo is divided into Bergamo Alta and Bergamo Bassa – upper and lower Bergamo. Bergamo Alta is one of the few towns in Italy whose centre is still entirely surrounded by walls. A number of characters of Italian Commedia dell’Arte – a variety of improvised comedy based on stock characters, some of whom also appear in British Punch and Judy – are native to this area, too, including the comic servant Arlecchino (Harlequin, in English) with his typical green and red smock, and the labourer Gioppino.

The birthplace of the artist Caravaggio (1571-1610), the composer Gaetano Donizetti (1797–1848), the aviator Antonio Locatelli (1895-1936, the first to cross the Andes at their highest point), Bergamo is also the home of the late Felice Gimondi, winner of the Tour de France, Giro d’Italia, Vuelta a Espana, World Championship, Paris-Roubaix, Milano-Sanremo… and Il Lombardia NamedSport (in 1966 and 1973, the latter, wearing the rainbow jersey of the World Champion).

The “Muro di Sormano”, also referred to as “the world’s toughest cycle path” by cycling enthusiasts, is one of the iconic and most famous climbs of Il Lombardia NamedSport, along with the “Madonna del Ghisallo”. It was first included in the route back in the 1960s to make the race even more challenging, but was then dismissed, only to make its comeback in 2006 after the old road surface was replaced with a new tarmac layer. The climb is as spectacular as it is challenging, for its incredibly steep gradients. Each metre is numbered, and elevation is marked to provide riders with consistent reference points as they make their way to the top, between two wings of spectators.

Birthplace of Pliny the Elder, author, natural philosopher, and naval and army commander of the early Roman Empire, who perished during the eruption of Vesuvius in 79 AD, and his nephew Pliny the Younger, author and magistrate. The physicist Alessandro Volta (1745-1827), who gave his name to the unit for electric potential difference (voltage), was also born in Como. The Rockefeller fountain now in the Bronx Zoo in New York City once stood in Como’s Piazza Cavour, where this morning’s roll out began. The fountain was bought by William Rockefeller in 1902 for 3,500 lire (the estimated equivalent then of US$637).

Il Lombardia NamedSport will be broadcast on all five continents.

RAI, host broadcaster of the races, will produce three hours for Il Lombardia NamedSport. The TV schedule in Italy includes the live broadcast on RAI 2 from 2.00pm to 5.30pm.

In France the race will be offered live free to air on La Chaine L’Equipe, while Eurosport will offer it live to all the fans in the rest of Europe, in Australia and in South-East Asia. The “Classic of the dead leaves”, the last Classic Monument of the season, will also have unencrypted coverage in Switzerland on the German language network (RTS), as well as on the French (SRF) and Italian networks (RSI), and by the SRG SSR network; in Belgium, the race will be on Q2 (VTM) in Flemish and on La Une (RTBF) in French.

For the rest of the world, Il Lombardia NamedSport will be broadcast on the screens of the Abu Dhabi Sports Channel throughout the Middle East and North Africa and by Supersports in South Africa. Japanese fans will be able to follow the race on OTT DAZN, New Zealand fans on Sky Sports.

Coverage in South America and the Caribbean is guaranteed by the ESPN network, while in Mexico the race will be broadcast on TDN at a later hour. In the USA and Canada the Classic Monument will be available on OTT Fubo.tv and Flosports.