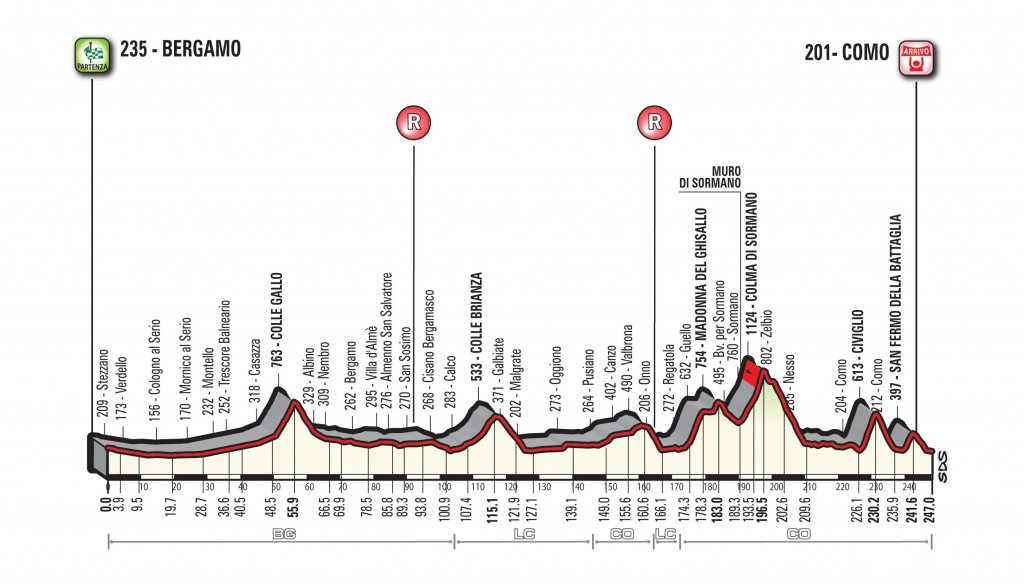 Among the events surrounding the 111th Il Lombardia, the award ceremony for the 20th Torriani Prize – “For those who love cycling and make it alive” – organised by RCS Sport/La Gazzetta dello Sport, will take place shortly after the end of the race, at the Yacht Club in Como.

At 18.30 the prestigious award will be given to Elia Viviani, Francesco Guidolin and Marco Pastonesi. The “Cuore d’argento” (Silver Heart), which every year is awarded to a “cycling lover” will be given to Giuseppe Figini. After the award ceremony, Gianni Torriani’s “L’Ultimo Patron” (the Last Patron) will be presented.

On the occasion of the 111th Il Lombardia, La Gazzetta dello Sport will again pay homage to Pier Luigi Todisco, who died tragically on 7 October 2011, cycling to his workplace at the gazzetta.it newsroom. A prize will be awarded in Todisco’s name to the first rider to the top of the climb at Madonna del Ghisallo, the symbol of Il Lombardia and the site of the Sanctuary of the Madonna, the patron saint of cycling, which contains Fiorenzo Magni’s Museum of Cycling. Passionately fond of cycling, Pier Luigi Todisco dreamt of climbing the Ghisallo by bike, and he was in training to do so when the accident took place. The special award will be presented on the podium in Como after the race.